In Love With Lifelong Learning 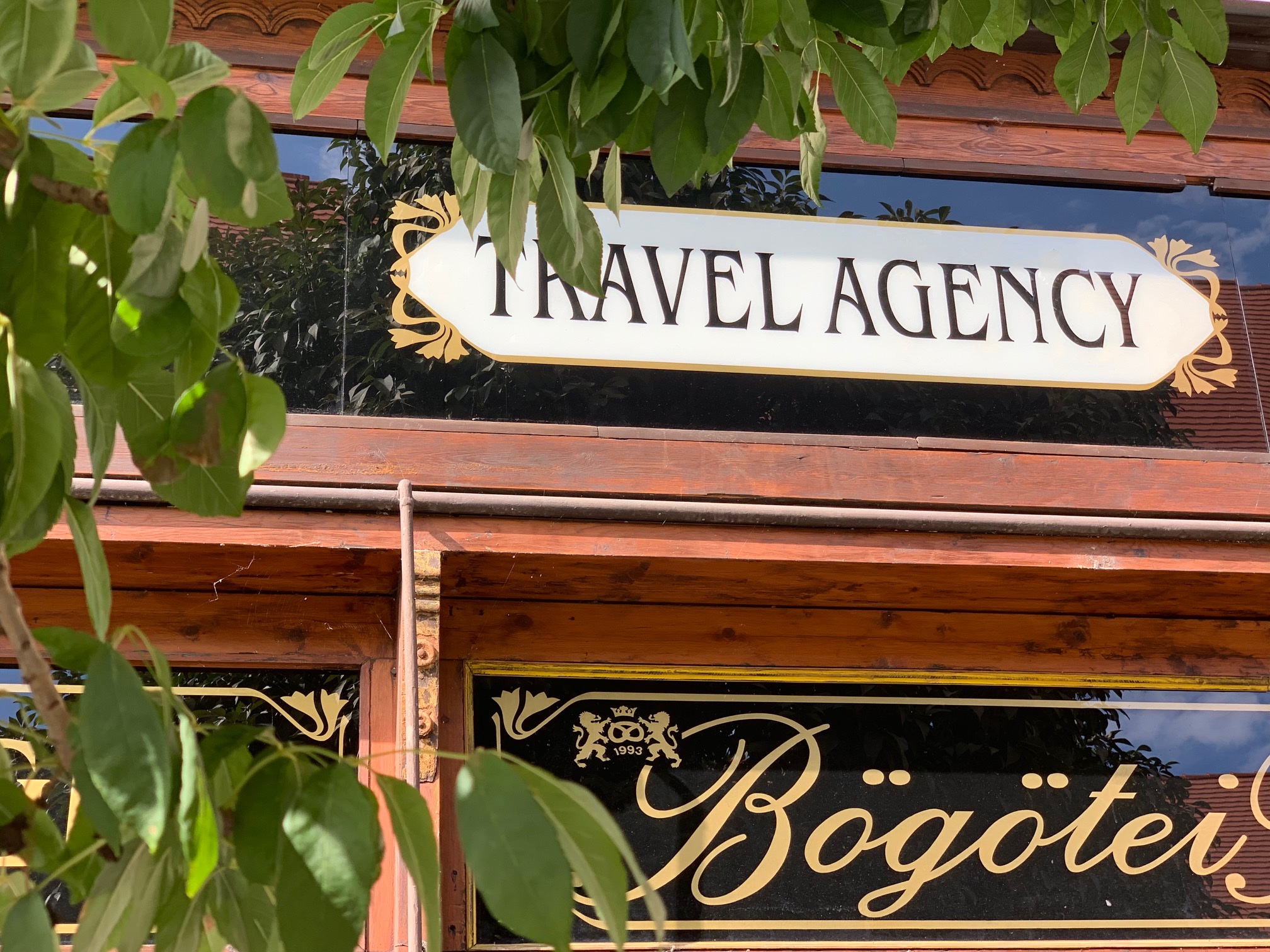 I’m a fan of lifelong learning and personal development. Not necessarily on a formal basis like in school or college. Maybe you enjoy diving into a new area of knowledge, particularly because you are not doing it to get a formal qualification.

That’s the way I usually like to do things, too. I have picked up the majority of what I know about personal finance or rental real estate this way. (And via practical experience). Nevertheless I decided to push myself a bit more now, and enroll in a post-grad programme in Philosophy. I wanted a new challenge, which I might have felt a certain lack of in my current life.

To be honest, I had been thinking back on forth about this for a few years – primarily because it’s not that I actually need this qualification for anything. During the summer I even started the online registration once, and then couldn’t bring myself to actually finalize it. But then I happened to hear from some friends who had recently signed up for various certifications which they strictly didn’t need, and which involved similar costs as my programme, if I go for the full MA. This was great as it gave me the necessary kick to get my act together and go for it.

I’m doing this post-graduate course at the Open University in England, from where I already graduated with a Bachelor in Humanities. For some time, I also toyed with the idea of enrolling in a full-time programme at the university in the city where I live. But looking through the uni’s webpages it struck me again that I just happen to click way better with the “anglo” approach to university studies than with the German one. And going for full-time studies would have been a bigger time commitment than I currently want to make.

This just as a short update on what I’m currently doing. And it gave me the idea to write about some learning tools and platforms that I have used myself. Maybe one of the resources provides some value for you as well.

Duolingo (no affiliate) you probably know already. It’s an app for language learning. There are others as well which I’ve not yet tested. I currently use Duolingo to learn Italian. The app works on smartphones and tablets. But you can access it via a normal website on your desktop computer as well.

The level of the programs sophistication depends on the popularity of the language you study. I wanted to start building at least some basic competence in Hungarian, for example. As Hungarian is a fairly “exotic” language within Duolingo, some of the content was still in beta version. And in comparison with the Italian programme less words were available with a native speaker voice-over. But, hey, I’m using the free version, so I’m not complaining…

When I quit the corporate world I knew right from the start that I wanted to use some of my time digging deeper into some areas of the humanities. I really enjoyed this as a balance to my job when I did my BA with the Open University. But it was quite a draw on my time on top of work, being a parent, running the household etc. And after the formal pressure from taking the degree was gone, this interest really faded into the background.

So as a newbie Early Retiree I searched the internet and found the Zeit Akademie (no affiliate). They offer a large number of classes, outside of the humanities as well. Their courses come online, as DVD, or in audio format. At the time, they were only available to buy separately. Now die Zeit Akademie offers subscription models as well.

I bought their course on Political Philosophy and, if I remember correctly, two literature classes. To be honest, the Philosophy course did not really appeal to me. This was more about the presentation than the contents, though. All reviews on the course page are positive, so you shouldn’t judge by my impression.

If you like unconventional approaches, give the Idler Academy (no affiliate) a try. You might already have come across this platform in my post Work Less, Live More.

The Idler Academy was founded by Tom Hodgkinson, who’s also the editor of Idler magazine. He’s advocating the good life in the tradition of the ancient Greek philosophers, and wrote several books including How to be free, The Idle Parent, and Business for Bohemians. (A small disclaimer: When the Academy’s crowdfunded its expansion, I invested a little since I think it’s a cool concept. It’s a passion investment, I don’t expect any return on this. And I don’t make any money if you buy a course).

There’s a wide range of classes, from philosophy via learning to play the ukulele to the history of cooking. You can buy single courses, but there’s a subscription model as well. The quality of the courses varies – my personal opinion again. I really liked Tom’s How to Be Idle, Bill Anderson on Idle Beekeeping (although I have no intention to keep bees), and A History of London with Matthew Green – although I had already read Matthews book on the same topic. Quite the opposite happened with Robert Wringhams course How to Escape: His book Escape Everything (no affiliate) is a great read (check it out in your library). But the class was so close to the book, with obviously less content, that I was very disappointed.

Overall, though, I prefer the style and the sometimes very original characters and topics – always wanted to learn how to read Tarot cards? – to the classes I bought from the Zeit Akademie. You’ll be your own judge, of course.

Right, and now it’s probably for the top level as far as academic quality is concerned. I’m talking about the online classes of Yale University.

I think it’s a terrific offer. As far as I know, at least some of the courses are available via platforms like Coursera as well. If you use them, you will even be able to do exercises and take tests. I’ve only once used a MOOC-Platform (MOOC stands for Massive Open Online Courses) since I was more interested in watching the original lectures. And Yale’s own platform is ideal for this.

By now I’ve watched several courses from the Economics, History and Philosophy departments, and each time I’m enthused anew. It’s pretty cool that you can – no matter where you are in the world – take advantage of the same lecture from a Nobel prize winner as a Yale student can.

In Yale as everywhere else, you’ll like the personal style of one lecturer better than that of another, I’m sure. My current favourite is John Merriman, an American who lives in France part of the year, and who specializes in French history as well. And if you have a glimpse into one of his classes, yes, another very original character, by now you know the way I tick…

Thinking about Yale and Nobel prize winner Robert Shiller: the first lecture by Robert Shiller I watched was a broadcast by the London School of Economics (LSE). Another fantastic resource for public lectures and discussions on economic and sociopolitical topics.

To finish off, some words regarding “my own” uni. The Open University is the largest state university in UK and Europe. It is essentially a distance-learning university. There are distance universities in other countries as well, but the Open University is unique in one respect: it was specifically founded in 1969 to make university education available to people without the usual entry qualifications, such as A-Levels.

The OU degrees stand equal with degrees from other universities in the UK. So you could go on take a Masters in Oxford or Cambridge with an OU Bachelor. (For a Masters degree at the OU itself, you will need a Bachelor’s degree also, the open policy only relates to undergraduate studies). Within the EU unfortunately, recognition of degrees is not consistent, and there are even differences between universities within one and the same country. So you need to find out the details, if cross-country recognition is important in your circumstances.

I have studied with two different German universities before I discovered the Open University, and I just like the teaching approach and learning materials at the OU better. Maybe I would have been as enthusiastic about the Fernuni Hagen’s didactics (the best-know German distance uni). So if you are interested in distance learning uni degrees in Germany, that’s probably a good starting point.

For my current programme, basically everything takes place online: the teaching material is available on the dedicated course page, tutorials take place via video conferencing, the tutor group uses their closed online forum for discussions, I have online access to the university library, and all work is turned in online.

I’m really excited about how my studies will evolve. And I hope the topics will provide some inspiration for future blog post. If you want to dig deeper into lifelong learning and personal development yourself, there are loads of different approaches. I’m sure you’ll find something that perfectly suits your interests. 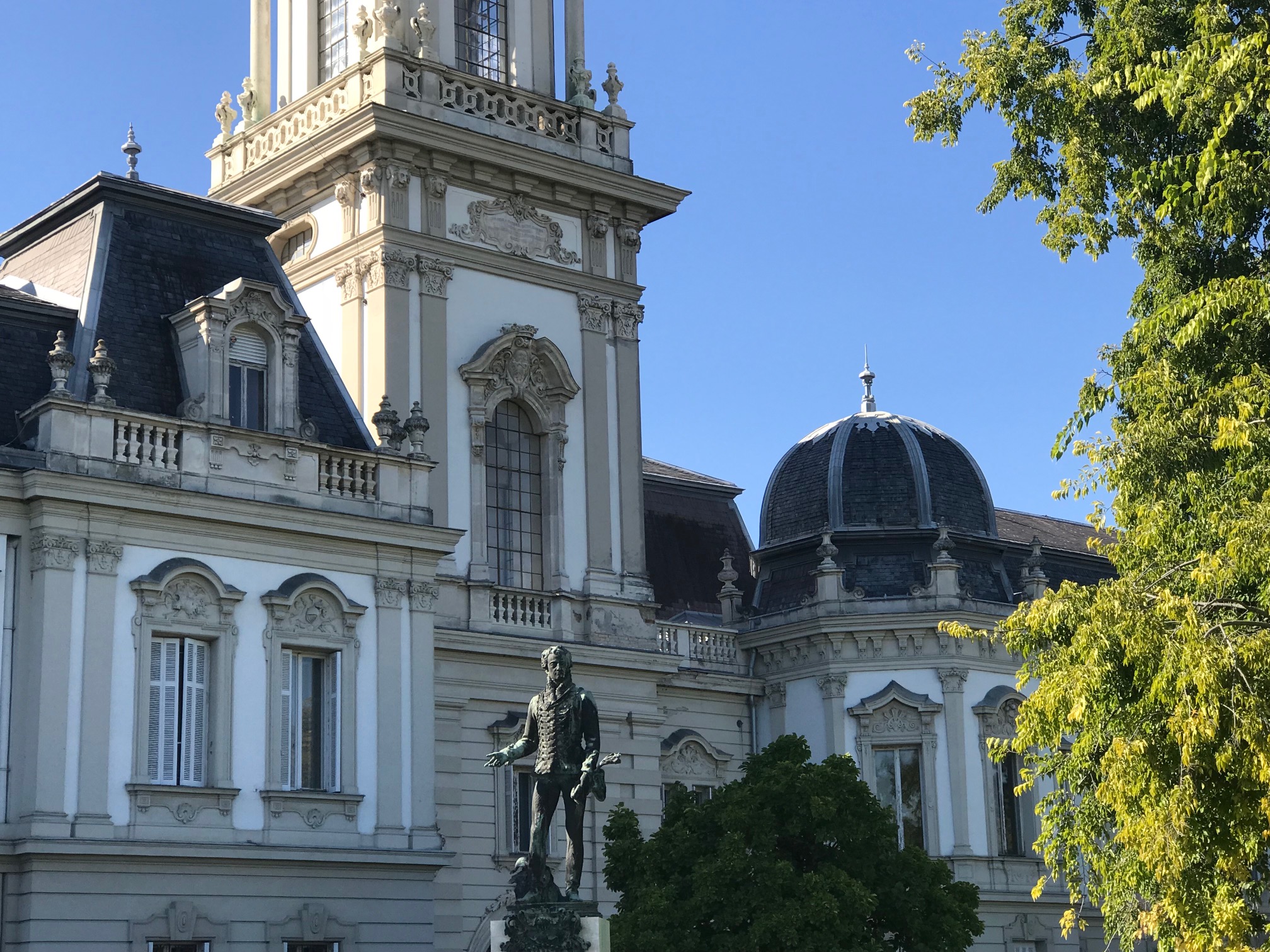 Is It Okay To Apply For Unemployment Benefits As An Early Retiree? 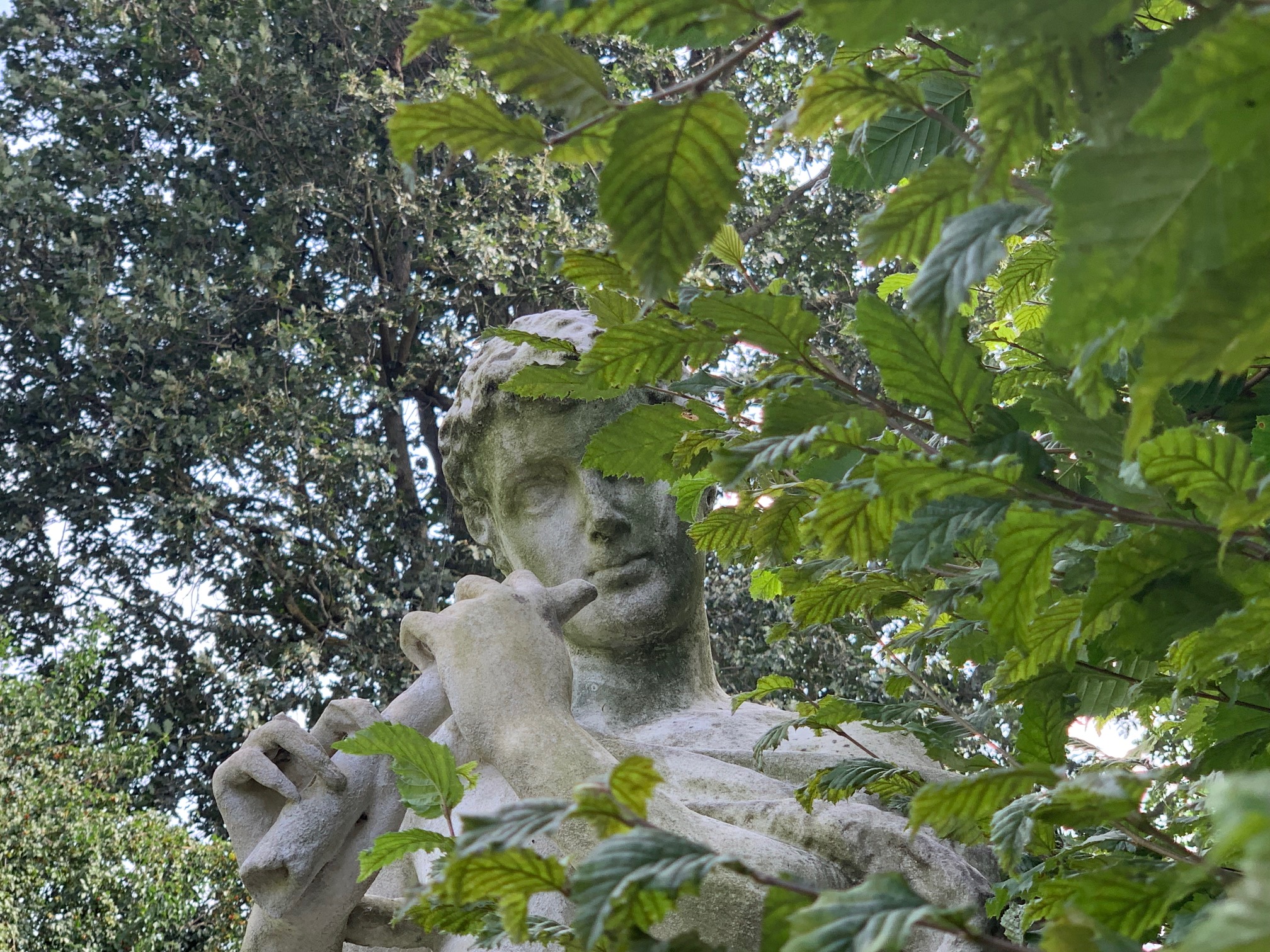 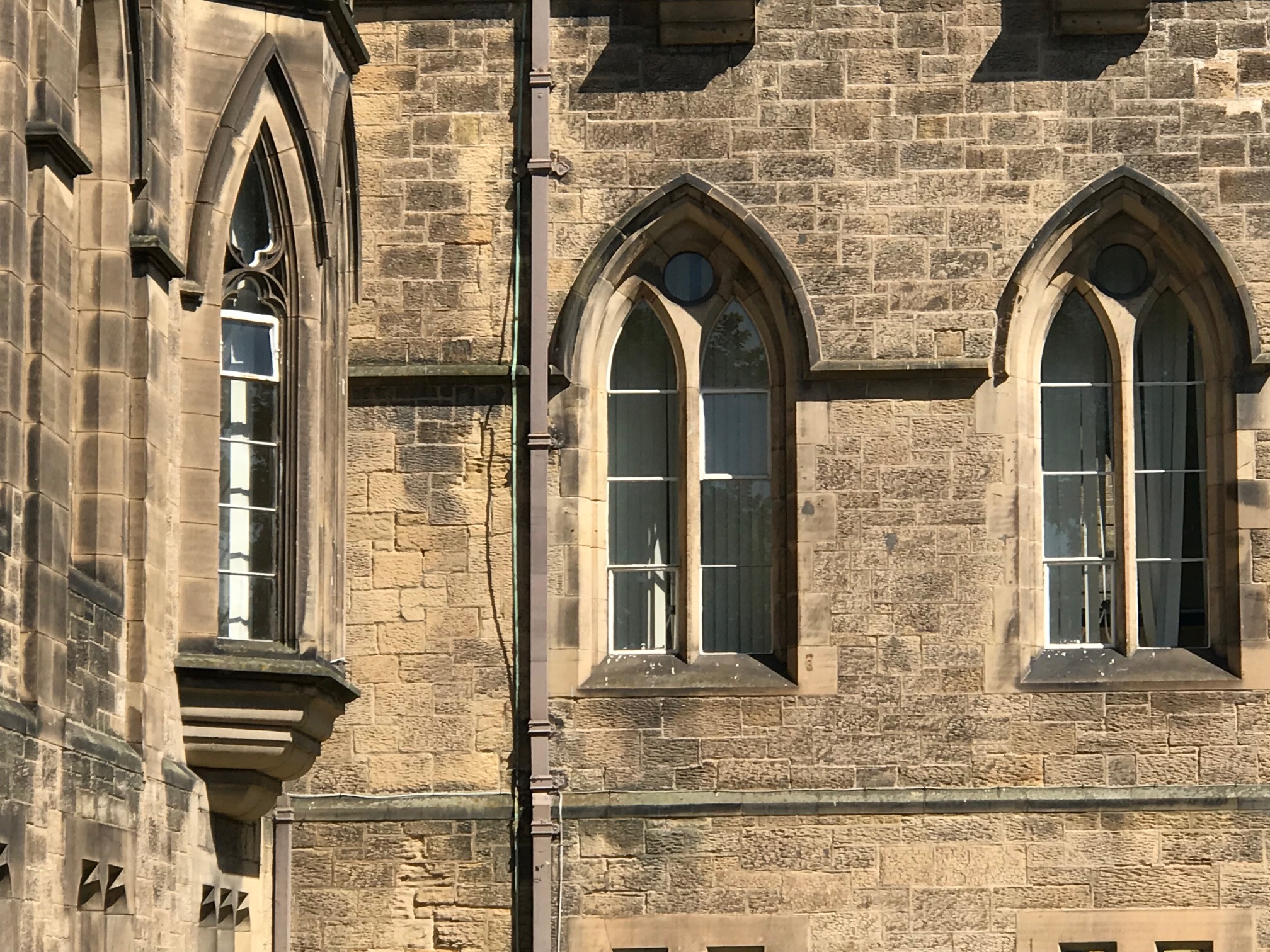